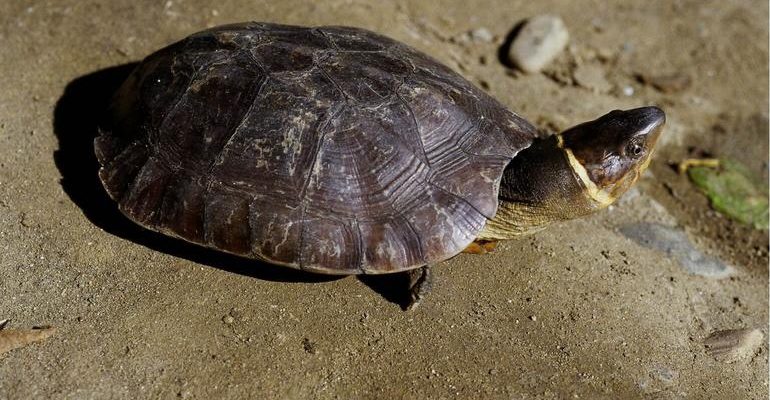 Turtles are some of the most beautiful creatures. In the wild, they live as they are adapted to and can grow to different sizes, acquiring varied traits. Yes, turtles, like many other animals and every human, have independent characters, which can vary, depending on their species.

When looking into turtle species, you will come across hundreds. There is no short end to the possibilities that nature has provided for these creatures. Each species could have different specifications of adaptations and requirements for healthy development and life.

Today, many people keep turtles as pets. For a first-time parent, the idea can seem exciting; for a seasoned parent, turtle keeping is more than having a pet to look after and provide for. These adorable creatures require plenty of patience and can do best in surroundings that mimic the wild.

However, since every turtle species has a varied preference, you may have to work something specific for your pet’s comfort and overall development. This article will look into some of the most common species; these turtle types could also help anyone looking for some information about them.

Summarily, this turtle falls under the Emydidae family and Trachemys genus. It is an aquatic turtle of 5 to 13 inches in size. Its life span is at least 25 years, but it can live for longer.

Like the yellow-bellied turtle, the red ear slider falls under the Emydidae family and Trachemys genus. Summarily, this is an aquatic turtle of 6 to 10 inches in size. It can live longer than the former, with a life span of roughly 30 years.

Here is another turtle that shares grouping similarities with the first two; its distinction comes from the size and lifespan. The Florida red-bellied turtle falls under the Emydidae family and Trachemys genus. Summarily, it is an aquatic turtle of 8 to 15 inches in size. It can live to an estimated 40 years.

Unlike the first three, this turtle is a lot larger in size and lives longer. It also lives in varied environments. The Cumberland slider turtle falls under the Emydidae family and Trachemys genus. However, it spends part of its life in aquatic environments, and some of it on land, making it semi-aquatic. It can grow to roughly 11 inches in size and has a lifespan of up to 50 years.

Another distinct turtle from the ones we have looked at is the Eastern river cooter turtle. While it falls under the Emydidae family, its genus is Pseudemys. Summarily, it is an aquatic turtle that can grow to roughly 12 inches in size. It has a lifespan of up to 40 years.

A unique turtle type in this list is the Japanese turtle. Besides its small size and a shorter lifespan, it also falls under a different family and genus. The Japanese turtle is of the Geoemydidae family and Mauremys genus. Summarily, it is an aquatic turtle that can grow to roughly 5 to 8 inches in size. It has a lifespan of at least 25 years, which it can exceed.

Another interesting turtle type is the European pond turtle. While it falls under the Emydidae family, as is the case with most that we have looked into, its genus name is Emys.

It is a semi-aquatic turtle; therefore, it spends part of its life in aquatic environments and on land. It can grow to roughly 5 to 15 inches in size and has a lifespan of between 40 and 60 years.

Another turtle from the Geoemydidae family is the Indian tent turtle. It shares more similarities with the Reeves than with the Japanese turtle. Its genus name is Pangshura; it is semi-aquatic and spends part of its life on land and some of it in aquatic environments.

You may find this to be one of the smallest types, growing to only 3 to 9 inches. Its lifespan is between 10 and 15 years.

We are back to the Emydidae family with the bog turtle. You may find it to be one of the smallest turtles and one with a long lifespan. Its genus name, which we have not looked into, is the Glyptemys.

Summarily, this turtle is semi-aquatic, spending part of its life on land and aquatic environments. It grows to between 3 and 5 inches and has a lifespan of at least 40 years.

The matamata turtle introduces us to the Chelidae family; it is the first of its kind on this list. The genus’s name is Chelus. Unlike the types we have looked into, the matamata is one of the largest and can grow to be the oldest turtles. Summarily, it is aquatic, measuring roughly 20 inches. Its lifespan is between 40 and 75 years.

Another turtle from the Emydidae family is the Blanding’s turtle. It is of average size and has one of the most extended lifespans. Summarily, its genus name is Emydoidea. It is semi-aquatic, spending part of its life on land and some of it in aquatic environments. This turtle’s average size measures an estimated 10 inches. It has a lifespan of up to 100 years.

One of the rare turtle families on our list is the Carettochelyidae, from which we have the pig-nosed turtle. Its genus name is Carettochelys. It is an aquatic turtle, measuring roughly 28 inches in length, making it one of the largest species. It lives to an average of 30 years.

The chicken turtle belongs to the common Emydidae family. Its genus name is Deirochelys. It is aquatic and measures an average of 10 inches; the turtle has one of the shortest lifespans, ranging between 15 and 20 years.

Another rare turtle family in this list is the Pelomedusidae, from which we have the African helmeted turtle. Its genus name is Pelomedusa. Summarily, it is aquatic and measures an average of 8 inches. It has a lifespan averaging 50 years.

An interesting turtle species is a big-headed turtle. Its family group is as rare as some of the species we have looked at; the Platysternidae. Its genus is the Platysternon. Summarily, the turtle is aquatic and can grow to an average of 7 to 8 inches. Its lifespan is roughly 20 years.

The common Emydidae turtle family has a spotted species of turtles. The genus’s name is Clemmys. Summarily, the spotted turtle is aquatic and measures an average of 4 to 5 inches in size. It also has a lifespan of roughly 25 years.

The common type of terrapins is the Diamondback Terrapin of the Emydidae family and Malaclemys genus. Snapping turtles include the Alligator Snapping Turtle and the Common Snapping Turtle.

Each turtle type bears particular characteristics that define it. Their traits and physical appearances give some species their name. Families that keep turtles look for types that will suit their preferences on care, space, and even traits. These beautiful creatures are more than meets the eye.

Literature that was available in the 1950s indicated that turtles were deaf and could not vocalize.…

Can Turtles Breathe Through Their Butts

Turtles are reptiles that are well-known in the animal kingdom as a doppelganger to tortoises. We…

Hi! I'm Lauren and I love to travel. Follow along as I travel around the globe and share my favorite places.
Recent Travels
Copyright Total WordPress Theme - All Rights Reserved 2022
Back To Top
×Close search
Search